Get involved
Home > Blog > Children's play, health and wellbeing > Campaigning for play in a pandemic: an update

Campaigning for play in a pandemic: an update

Alice Ferguson posted this in Activism, Children's play, health and wellbeing on 08/04/2021

Since the first lockdown in Spring 2020, we have been calling on the UK Government to ensure that children can get outside and play as it’s so essential for their mental and physical wellbeing, especially during these times. Here is the lowdown on our campaigning work over the last year, and what’s next.

First and foremost, we wanted it to be made explicit in lockdown guidance that play is exercise for children and therefore a ‘reasonable excuse’ to be outside in the same way as an adult going for a run. This would not have involved any change or relaxation in the rules, simply a clarification to give parents and children confidence it was ok to play outside – not just in playgrounds but in streets, parks, housing estates and public spaces.

At the start of January 2021, together with other organisations and experts, we wrote to the Prime Minister simply asking for this addition to the guidelines and for consideration to be given to relaxing the rules for children under-12 in England so they could play outside together, as in Scotland. Several MPs also raised questions, prompted by constituents.

A month later, national media picked up the issue, prompting a Government response. On 11 February, Matt Hancock told Sky News, “of course going to the park with your kids to play rugby is not only allowed but perfectly reasonable and totally fine” and a Downing Street spokesperson said, “playgrounds are open so obviously children playing is a form of exercise, that is one of the exemptions that we allow for”. Eventually we had a formal response to our letter from the Cabinet Office saying similar but not acknowledging any problem with the guidance or that the Government could have done much more to encourage and enable children to get outdoors and play.

Whilst it was good to hear the Government say that play is exercise, we were disappointed they didn’t see any need to clarify this in the guidelines so that everyone could be equally clear. The fact that parents and children were being told off, criticised and even reported to the police for playing outside showed that simply keeping playgrounds open did not send a clear message to the public that informal play was ok in other spaces. Ironically, Matt Hancock himself was lambasted in the tabloids for playing in the park with his son, slightly proving our point that more clarity was needed around this so that all parents could feel confident about letting their children get outside to play.

on their estate, so kept children indoors instead. We received several complaints from members of the public about seeing children playing out on their own street or housing estate, believing it was against the rules for them to do so. And ironically, some playgrounds became so busy – no doubt because they were seen as the only legitimate place for children to play – that several councils took the decision to close them, leaving children with nowhere to be outside at all.

Realising that the Government was not about to provide more clarity in the guidelines, we launched a social media campaign to let parents, children and the public know that it was #oktoplay outside under lockdown rules.

On 5th March, with no further response or action from Government and mounting evidence of the impact on children’s physical and mental health (particularly those from more disadvantaged backgrounds), we wrote to the PM again, together with the Children’s Rights Alliance for England, Just for Kids Law and Play England. This second letter re-emphasised the points we had made previously but with the added legal opinion that “the rules have unfairly – and possibly unlawfully – discriminated against children”. In particular, we pointed out that the 1:1 rule allowed adults to meet a friend outdoors but any school-aged child too young to go out independently was effectively prevented from seeing or playing with a single friend. We provided multiple case-studies illustrating the impact of this, particularly for children without siblings.

Again, the story was picked up by national media including The Telegraph and BBC Newsround but we had no proper response from Government until after the rules had changed to allow two households to meet. In a letter dated 1 April Health Minister Nadine Dorries said, “equality impacts have been considered in all COVID-19 legislation, including of the impact on children” and that, “We recognise the importance of exercise to the physical, mental and emotional wellbeing of children and we have always been clear that play is a form of exercise”.

Impact of lockdown for children

The past year of lockdown and disruption has evidently taken a huge toll on children’s mental and physical health. Even before the pandemic, children’s physical activity levels in the UK were shamefully low (largely because everyday activity such as walking, cycling and play, has been built out of children’s lives) but dropped even further over lockdown. It is frustrating to know that, whilst formal sports and PE were off the menu, some of this could have been prevented with more encouragement for children and families to get outside and play. A Bradford study found that 1 in 3 children barely left the house during lockdown and research by Sport England shows that those activities explicitly allowed in the rules (walking, cycling) actually slightly increased for some children over lockdown, whereas active play fell by 11%.

Children’s mental health has also hugely suffered. The Government acknowledges this and has allocated funding for counselling and services in schools. But obviously prevention is better than cure. Could some of this impact have been lessened if more priority had been given to children’s wellbeing during the pandemic, including making sure they could get outside, let off steam and at least have the same opportunity for social contact as adults had?

Whilst none of our campaigning efforts have resulted in any tangible change to the rules or guidance so far, we hope it has at least raised the issue a bit higher up the agenda. We also sincerely hope that any future lockdowns or restrictions will properly consider and support children’s very serious need to play outside (not just in playgrounds!) and see friends.

Get ready for a #summerofplay

As things open up again, it is now up to everyone – parents, schools, organisations, councils and Government – to ensure children have as much opportunity as possible to play outside. After a year of lockdowns, isolation, loneliness, boredom, inactivity, stress, anxiety and many, many individual stories of suffering, this is urgent. Children have sacrificed so much in order to keep others safe over the past year. The very least we can do is make sure they can play out together this spring and summer, and beyond.

Watch this space for a big #summerofplay campaign, backed by loads of organisations and experts, and get in touch if you would like to support it or find out more. We will be pushing play streets as something everyone can do to help children play out this summer. Find out how to get started on your street or in your area and contact us if you want any help! 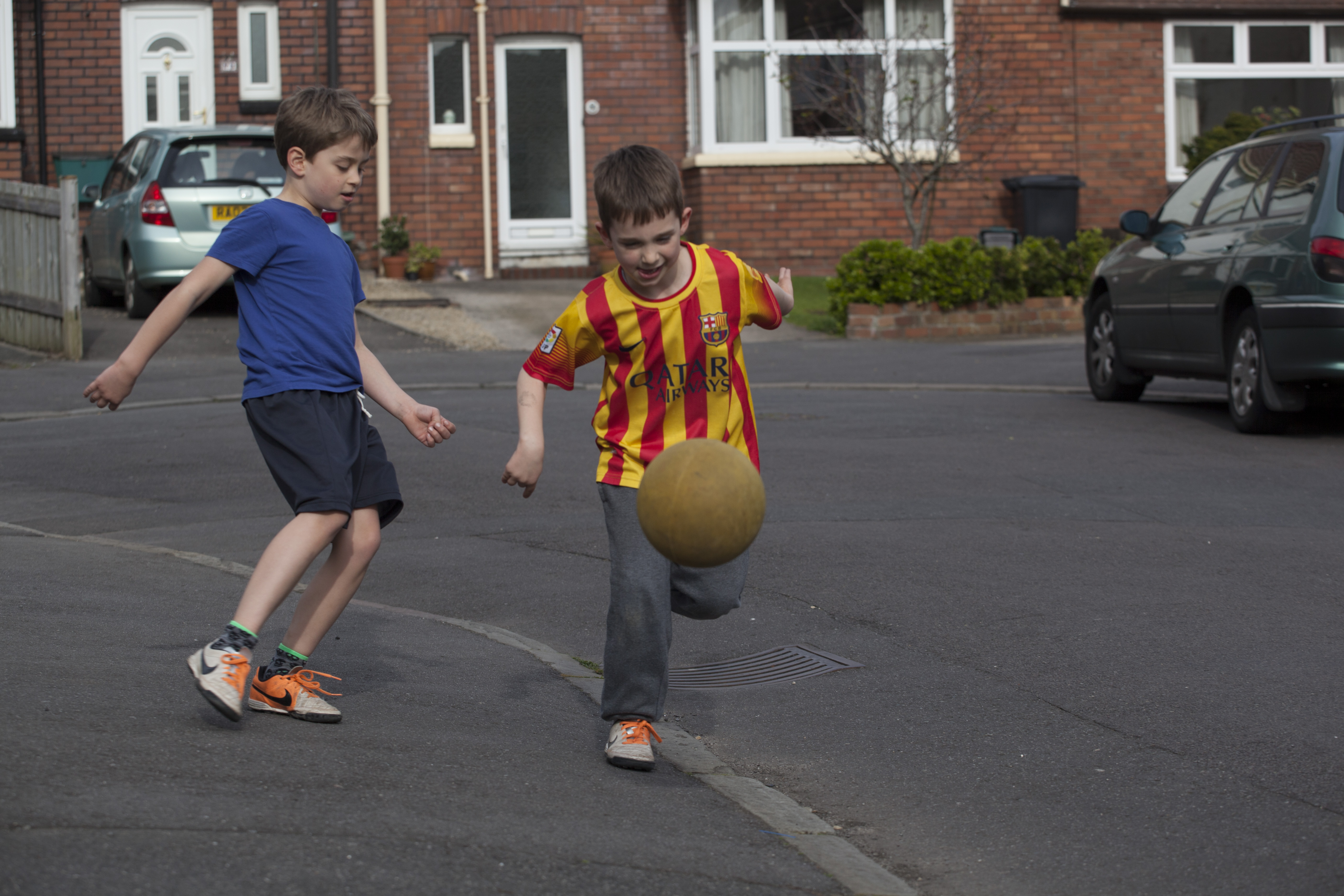 Alice Ferguson posted this in ActivismChildren's play, health and wellbeing on 05/01/2021

Let your council know you are ready for a #summerofplay