Children’s Freedom Over the Decades

Ingrid posted this in Activism, Children's play, health and wellbeing on 01/10/2012 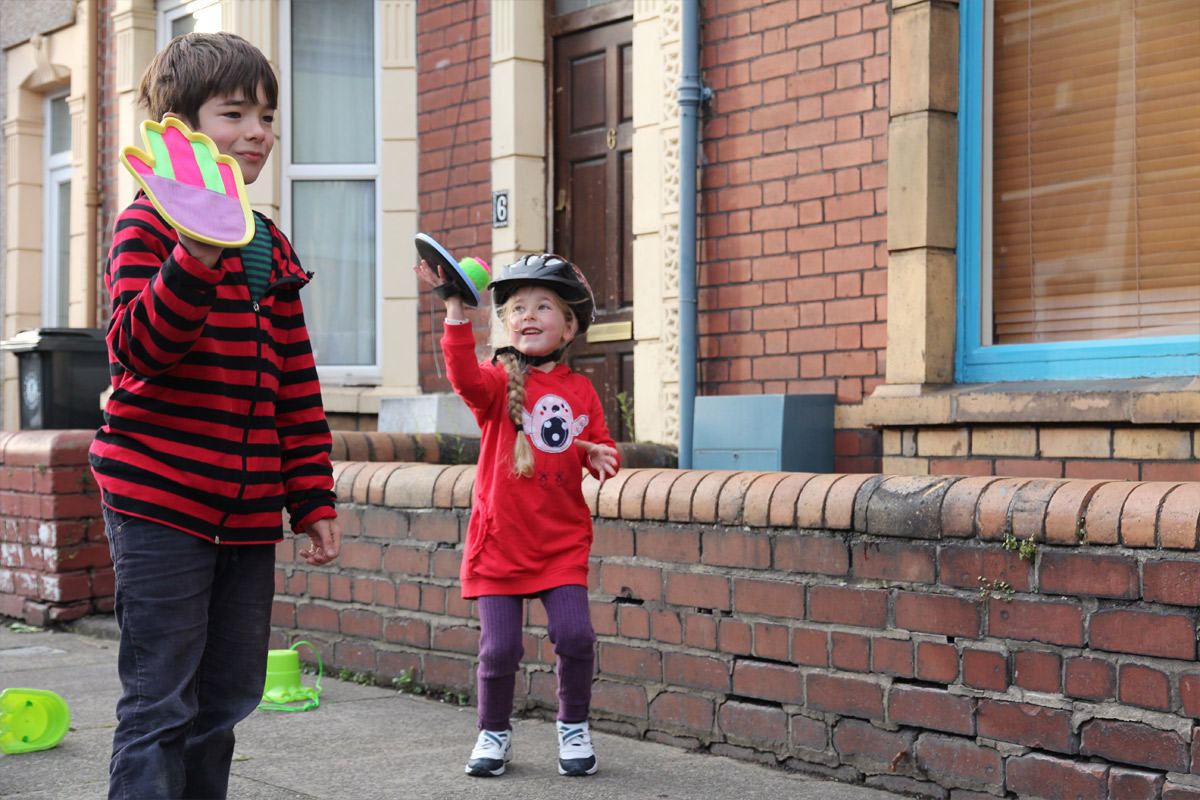 Cast your mind back to your childhood. Not the hours at school, the family outings or the organised activities but the free time you had.

Independent Play in the Street

The chances are if you are over 30 you have memories of playing outside after school with other children and being trusted by parents to be safe.  You may have had a limit to where you could go – the end of your road perhaps or even around the corner to a friend’s house – but you had a territory which went beyond your house or flat. You knew your mum or a neighbour was around in case you needed anything but could play your own games and find other children to share them.

For many of us significant events happened during those moments of freedom – friendships were made or broken, dares and risks taken or refused and we had a sense of the streets, alleys and hidden places in our local neighbourhood belonging to us.

For me and my friends an empty office car park round the corner from my house was the hub of our games. It was spy HQ, a mini road system for go-kart rides and the backdrop for our formation cycling team which we were sure was destined for international stardom. It felt wonderfully private and yet of course was a public space which felt like our own. And without knowing we were learning anything by spending time there, we were getting ready for the next stage of life when we would be expected to walk to school alone and negotiate traffic, look after ourselves on the streets and deal with the unexpected.

I think about my own children’s experience and wonder how I can replicate that kind of freedom. I am all too aware of how things have changed since I charged around that empty car park.

A recent survey found that while 71% of adults remember playing out independently when they were young, only 21% of children do now. The real risks posed by traffic and fears of strangers harming children have eroded our confidence in letting our children out of the front door unsupervised.

These days children are more used to being ferried by car to dance, drama or gymnastics after school than hurtling down the street to call for other children to come out to play. And I am no exception. The ‘Mum’s Taxi’ car stickers sum up how I feel about the hectic routine of transporting daughters and their friends’ to their seemingly endless round of social activities.

We have gradually retreated from a valuable public space outside our front doors. It is no longer normal to see groups of children playing in the street where they live while neighbours linger for a cup of tea and chat outside. Our streets have become places for people to drive through, park their cars and rush from pavement to house.

The Value of Free Play in the Street

But are children actually missing anything important? Some would argue that their youngsters are safer indoors or doing organised activities than amusing themselves playing outside on the street.

I don’t think I’d considered what the street represents to growing children until my own two were toddlers. But as I spent hours holding chubby hands and walking around our neighbourhood on various errands and expeditions I realised what a fascinating place the street is for small people.

My daughters were always gleefully excited to be nearing our own street, and their sturdy legs would disappear up every set of steps to examine each front door, gate and front garden relishing each house as familiar but different to their own. Their same minute observation of passersby and their dogs, shopping trolleys, bags and outfits brought home to me what street life offers to children. It’s the perfect place to learn to mix with different generations as well as building a sense of ownership over a local neighbourhood.

The Playing Out Idea

Playing Out was created to challenge the widespread retreat from the street and to suggest a new way to share street space and balance the needs of all those using it. It is not a nostalgic attempt to turn back the clock and banish cars from our cities but is a modern solution to the way we live. Residents can still drive their cars in and out of the street if they need to do so but through traffic is diverted for a couple of hours.

Everyday street play does still flourish in some places. But where it doesn’t and where residents together decide they would like to reactivate it, Playing Out has for the last three year’s helped them to do that.

One of the first things a lot of people say when they hear what Playing Out is – closing a road to traffic for a couple of hours so that children can play safely – is “that’s such a simple idea”. And of course they are right. It doesn’t involve complicated equipment or logistics. It doesn’t need months of planning, huge numbers of people or vast sums of money to make it work. With a handful of neighbours and the support of your street you can fill in a council form applying for permission to close the road, put out some road closed signs and have volunteers to steward those points. Parents are still in charge of their own children, as on any other day.

But this simple idea gives children a chance to play freely, make friends and get exercise and other residents a reason to come together. And now 23 streets across Bristol have held Playing Out sessions allowing at least 700 children to play out in a space which is not usually theirs.

Streets are For Everyone

There are people who simply will not accept anyone’s right to close the street for play. Streets are for cars. Parks and gardens are for children. End of story.” stated one contributor to an Oxford newspaper message board following coverage of Playing Out there.

Of course the anonymity of message board posting prevented a healthy conversation, but it would have been good to explain that although parks and playgrounds are wonderful spaces for children they are not always close enough to home for everyday play.

And while some children are lucky enough to have gardens big enough to use their boundless energy, most children in cities have small gardens or no garden at all. They deserve the chance to play, exercise and get to know the children and adults on their streets in the way that previous generations took for granted.

I have joined with other residents on my street to organise two Playing Out sessions and we plan more. Older residents have come out to chat and watch the children playing and I’ve found their reactions heartening. “We like the noise”, said one elderly man and his wife when I tried to apologise for the high decibel whinnying coming from my daughter and some other girls as they galloped along the street being horses. “We’d rather listen to that than a quiet street.”

Of course they don’t speak for everyone but it seems to me that the street for an hour and a half once a month is a good space for the children in my street to share their games. The Playing Out project is now flourishing not just in Bristol but in Oxford, Leeds, several London boroughs and across the country where residents feel they too want to bring play and community back to their streets.

To contradict the emphatic view of the Oxford resident, surely that’s not the end of the story but a beginning.