Info here
Home > Blog > Uncategorized > What do we mean by ‘road safety’?

What do we mean by ‘road safety’?

Professor John Adams once said, “Road safety is not rocket science – it’s much more complicated”. But what do we mean when we talk about ‘road safety’? Bizarrely, it’s often nothing to do with actually making roads safer. Let’s look at how road safety (and road safety campaigning) impacts children’s freedom – and see what children themselves have to say about it.

It is heartening that Brake, the charity behind Road Safety Week, have chosen to focus this year’s campaign on ‘normal’ driver behaviour, with the slogan “Slow Down: Save Lives”. As they say, “…if something unexpected happens on the road ahead – such as a child stepping out from between parked cars – it is a driver’s speed that will determine whether they can stop in time and, if they can’t stop, how hard they will hit”. Obvs, innit.

The problem with ‘road safety’

But, compared to most government Road Safety campaigns, this is groundbreaking stuff. The likes of the Tufty Club, Green Cross Code and even the loveable ‘Hedgehogs’ campaign, whilst cute and well intentioned, have all pretty much told children that roads are now for cars and they must learn to navigate them safely or stay off them altogether. In general, road safety campaigns have put responsibility for safety onto children, rather than the cause of the danger – car drivers.

On one level, the tactic has worked. Fewer children are now killed on the roads than when cars first started hurtling along our residential streets. The government hails this as a huge success. But roads themselves are no safer than they were in the 1970s – if anything, they are far more dangerous. And children, especially those living in poorer areas, are still being knocked down on the streets where they live. In the UK in 2015, 1,561 children (0-15) were killed or seriously injured whilst on foot or on bikes. This is not just a number – these are individual children’s lives. This is not ok. This is not to be celebrated.

Secondly, these gruesomely ‘positive’ statistics have come at a very high price: the loss of children’s freedom. One of the less cuddly government campaigns of the 1980s depicted a child stepping off a pavement with the words, “One False Move and You’re Dead”. In 1991, Professor Mayer Hillman took this as the title for his research linking increased traffic danger and child-focussed ‘road safety’ campaigns to the drastic reduction in children’s freedom over one generation. We now know that this loss of freedom is serious: it has already contributed to a decline in children’s health and happiness and we are probably only seeing the tip of the iceberg. Parents should not have to choose between their children’s wellbeing and their safety.

Largely because of parents’ very reasonable fear, children are not out and about as much, so car drivers have even less reason to consider them, making roads even more unsafe and hostile. There is no longer an equitable sharing of the space outside our front doors. Long gone for most children are the days of just shouting “car” and moving their game out of the way. We have now all pretty much just adapted our lives to the new reality: roads are for cars, not people – and especially not for children.

But it’s not all doom and gloom! Brake’s messaging reflects a wider shift in road safety thinking towards actually making roads safer, rather than changing children’s behaviour. There is a long way to go, but as parents and citizens we don’t have to meekly accept the status quo.

The streets where we live are our space and we can collectively decide how we want to use them. Regular ‘playing out’ sessions are one way for parents to push back and give children both freedom and safety – whilst also reminding us that streets are for everyone. Plenty of communities have campaigned for slower speeds, or even made ‘DIY’ changes to make their streets safer and more liveable. Much more needs to happen, especially at a policy level, but it’s a start.

Now children from Room13 Hareclive, on the outskirts of Bristol, have turned traditional road safety campaigning on its head. Instead of adults telling children what they must do to avoid being run over, these children have created a funny, poignant film telling adults about the change they want to see – and be part of making happen. Please watch it and share. Come on, let’s change things!

Update 2nd June 2018: Read this excellent and detailed response to the government’s consultation on road safety from the Road Danger Reduction Forum.

A Restorative Approach to Road Sharing 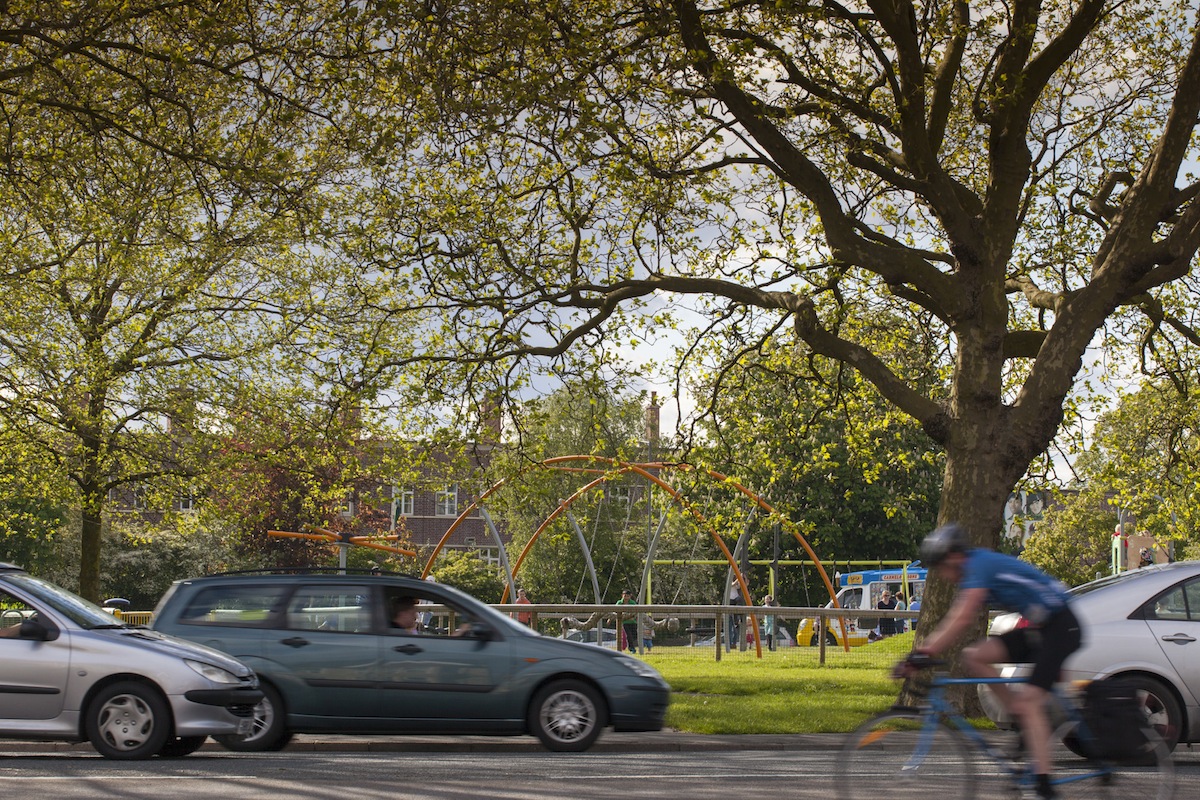 Do we love cars more than children?

Alice Ferguson posted this in ActivismChildren's play, health and wellbeingStreet Space on 06/09/2013