Playing out alone – tips from the 80s

Ingrid Skeels posted this in Children's play, health and wellbeing on 11/02/2021 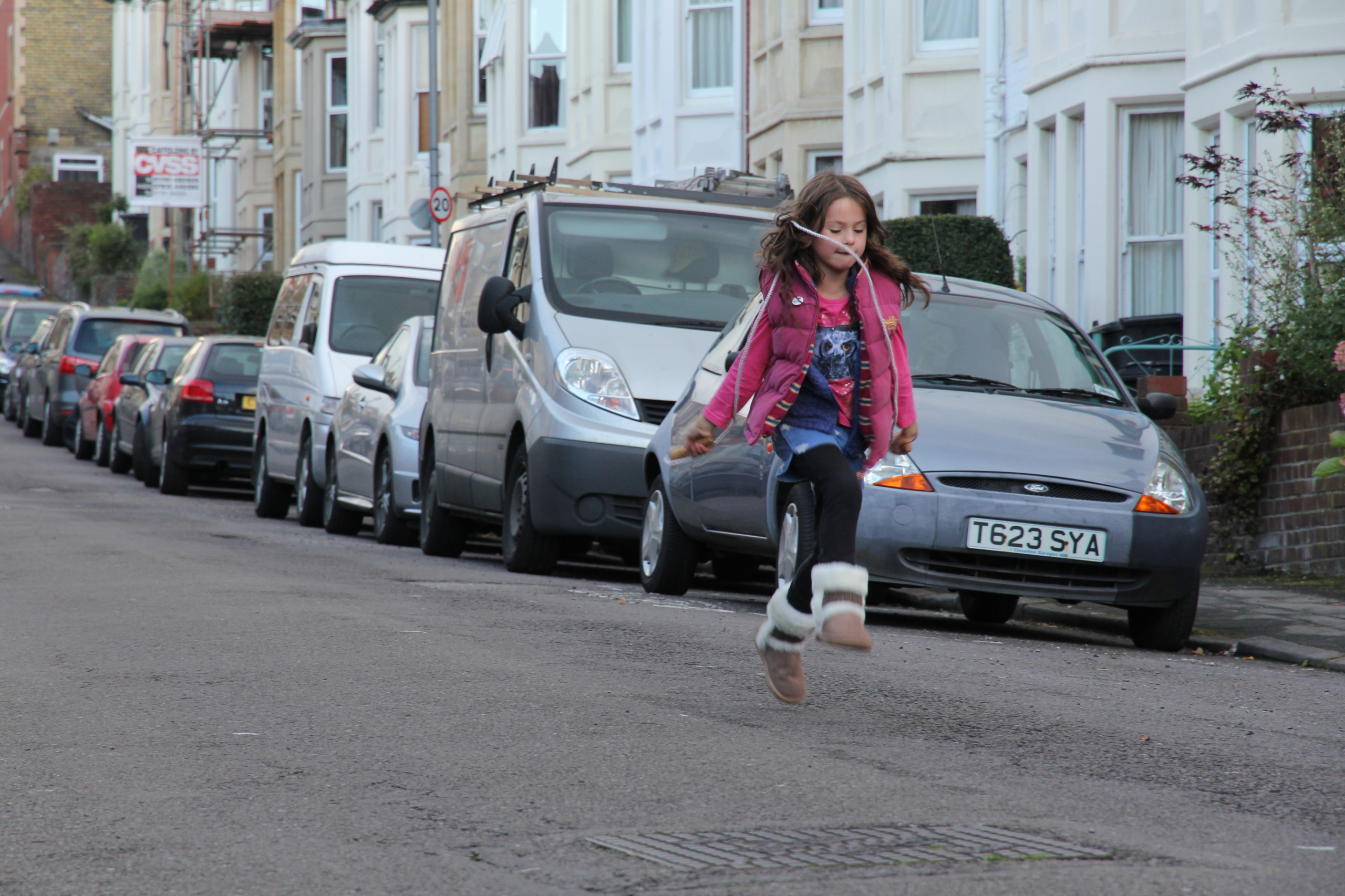 Well as every child without a sibling knows – and anyone who grew up in the 80s or earlier – it’s absolutely possible. It’s just a different kind of play and you might have to encourage children to dig deep. To get some ideas, please allow us to take you back in time a little…

Playing out alone – how it used to be

It’s 1980, you’re nine years old, it’s not a school day and you’re bored. Your siblings are doing other things, or poorly, or you don’t have any. Your school and home friends are busy or away. There’s nothing on TV (literally, nothing). And you’ve done enough drawing today to last a life time. You’re kicking round, telling everyone just how bored you are.

“OK!” your mum suddenly snaps, “Out!”. And that’s it! You’re chucked out of the house for the afternoon with pretty much only your own resources.

But you’re not alone, metaphorically speaking, as this was happening constantly to every child of this generation and before. You might be out in the garden, if you had one; on the pavement or a patch of green near your house; or you might even have gone further, to the park. And if there wasn’t anyone to play with, you eventually just had to find things. As we’ve written about before, boredom is the mother of both invention and play!

So what did you do? Sometimes you got interested in the world around you, from tiny ants to digging with a stick to exploring. Sometimes your imagination led the way, especially at a younger age, like building a nest for a toy, making a camp or pretending you’re in a story.

But most of us who were children in the 70s and 80s spent a lot of time doing at least some kind of physical activity outside alone. Sometimes this was the step before or alongside sport. But for most of us it was just something to do! A challenge, a way to compete against yourself and the satisfaction of getting better. There was a whole language of skills that most children around us had – catching, throwing, other ball skills, basic gym, skipping, skating – and we badly wanted to have them too. Playing and practising was the only route.

Here are some ideas from then to inspire you now.

Many children love a challenge with a formal route of progression. Computer games now largely occupy this gap but there were always brilliant real life ones:

Sevenses. You need a ball and a wall for this. The bigger the ball, the easier it will be. Bouncy balls are hardest. You must get through a whole programme of these challenges without dropping the ball once. If you drop it, you start again:

How many can you do?

Bat and ball. Take a racket and a ball and see how many continuous bounces you can do without dropping it. Mix up types of balls and bats for extra challenge. Keepie uppies is the same principle, just with a football and your foot. Ten year old Imogen is a good inspiration for how you can get better during lockdown.

Forward somersault, backwards somersault, a cartwheel, a handstand that pauses mid air (oh the joy of that pause when you manage it), a handstand against a wall… The best could do a handstand into a crab and back up again, and maybe even the splits! Most of us weren’t the best however, or even that good, with our wonky cartwheels and handstands that collapsed. But there was fun in practising. You just need dry grass or a soft surface. Other skills to practice are cricket bowling, catching anything, kicking a ball against a wall, scoring, shooting into a net, hula hooping and roller skating up and down the pavement.

Lots of skipping rhymes were for one person, involving different skills: skipping with a jump in between, no jump in between, as you run along, landing on the rope. If you mess up, start again. Get some inspiration from Michael Rosen’s skipping games over the decades or these double dutch champions, for when children can play out together again.

Timing yourself to do activities like running up the road and back, or hopping on one leg, and seeing if you can do them quicker or for longer. What is your record or personal best?

Back to 2021 (sorry, it’s a tough old transition to make at speed) and it’s hard not to reel from the amount children are missing out on. This is on top of missing out on freedom, play, activity and friendship compared to earlier decades.

We will all keep working to change this together. But for now, take heart. Children can play outside right now because outside play is children’s exercise. It’s free and it’s healthy. And it’s possible if not always easy for them to do so safely alone.

Do you have good memories or ideas about outside play for children on their own? We’d love to hear them. Email [email protected] or reach out on Facebook, Instagram or Twitter.

"I don't know what to do!" In Praise of Boredom for Children

playingout posted this in Children's play, health and wellbeing on 30/07/2015