Street Play: A Great Way to Get Children Physically Active

Daniella Radice posted this in Children's play, health and wellbeing, Play Streets on 23/09/2017 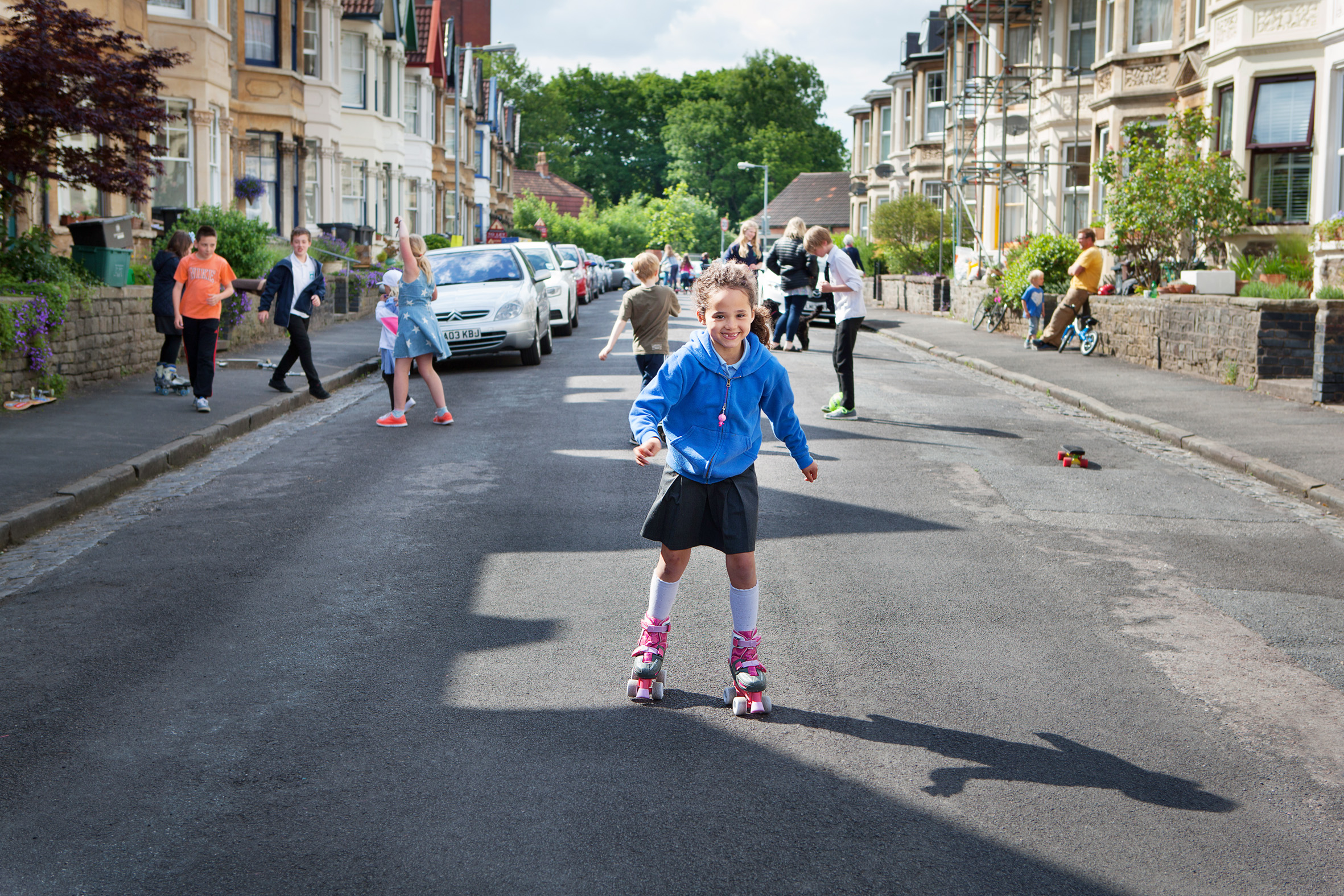 One of the biggest public health challenges at the moment is tackling the obesity epidemic. Although messages about healthy eating are important, it is also vital to enable children to increase their physical activity.

However, time spent outside by children and their independent mobility are both declining. Shockingly, only 22 per cent of children aged 5 to 15 met the physical activity guidelines of being at least moderately active for at least 60 minutes every day (Statistics on Physical Activity and Diet 30 March 2017).

The playing out model lets residents create their own temporary play street, with traffic diverted for an hour or two every week or month, giving children the freedom to use the space outside their own front door.

Playing Out helps to get children moving – the evidence

In August, the University of Bristol’s report on Playing Out’s street play model was published: “Why temporary street closures for play make sense for public health” . As an evaluation, it demonstrates many benefits of temporary play streets, including increasing physical activity with children three to five times more active during playing out sessions than they would be on a ‘normal’ day after school. Other activities – like developing cycling skills and confidence – were also in evidence.

‘We know that time spent outdoors is related to greater daily physical activity and reduced risk of obesity. However, few interventions are effective at increasing physical activity in the local environment. This resident–led intervention shows the potential for meaningful increases in physical activity as well as social benefits to both children and the communities in which they live. It is relatively low cost, scaleable and potentially sustainable – this is why it makes sense for public health.’

Playing Out sessions in areas of disadvantage

Temporary street play closures are more likely to occur in areas where green space is limited and are present in neighbourhoods that vary in deprivation. There is evidence that temporary street play closures are reaching the areas with the highest levels of deprivation, though greater support may be required to successfully support them in these areas.

A second report by researcher Tim Gill highlights the impact and issues for communities in areas of disadvantage, where opportunities for children to play out safely may be particularly limited.

Learning to Ride a bike: Solving the Parents’ Dilemma

Playing Out, a public health perspective