read it here!
Home > Blog > Play Streets > Supporting others to do play streets

Supporting others to do play streets 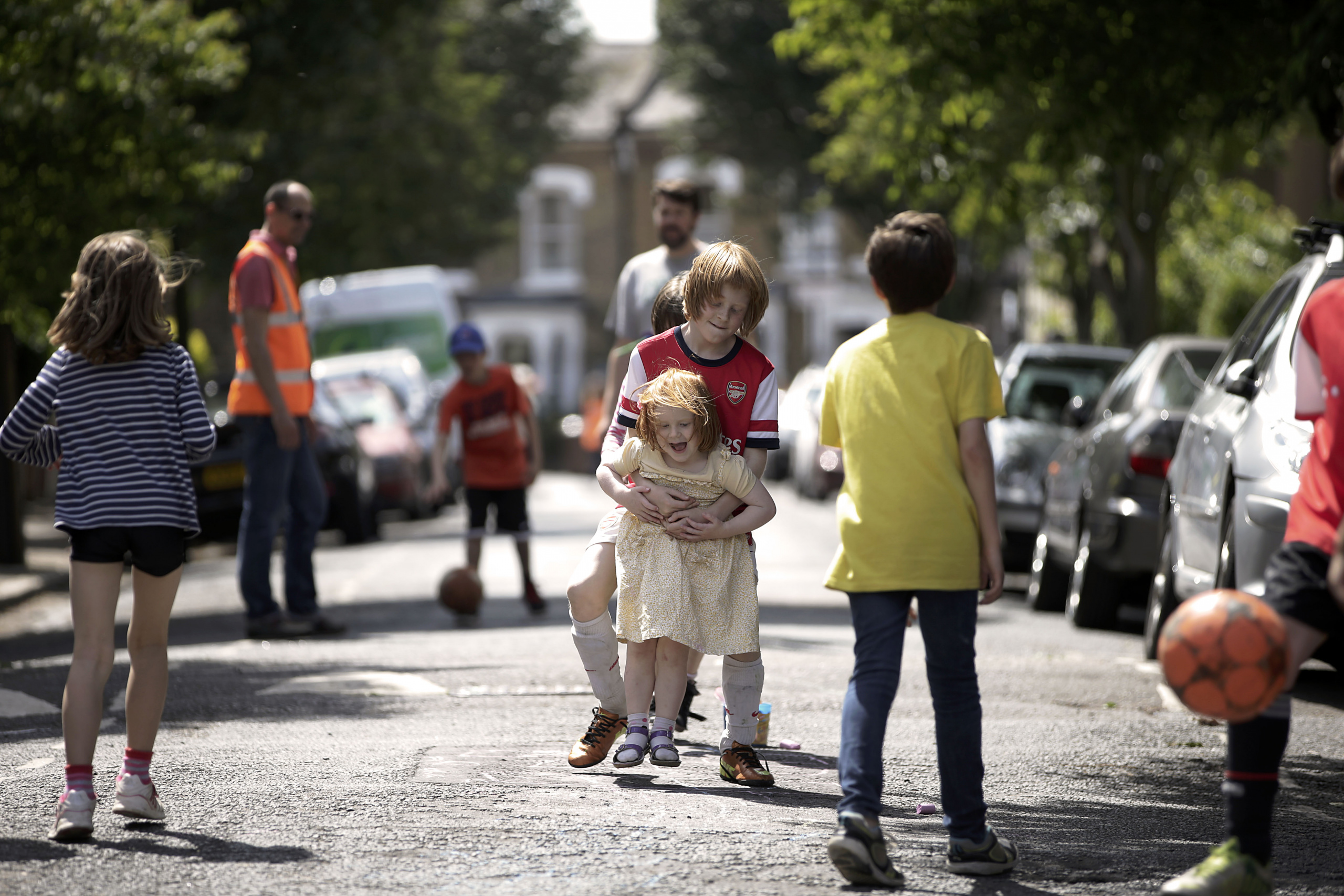 Play streets are all set to make a big come-back from May onwards! Following the past year, what better way to bring neighbours back together and give children a wonderful, play-filled summer to remember?

We know there are loads of people out there – parents, grandparents and community-minded folk of all ages and backgrounds – who would love to make this happen on their street or estate but might need a little (or a lot) of help to get it going.

The fact that temporary play streets, or ‘playing out’ sessions, are largely resident-led is part of their beauty and their strength. Not only does it make the model very low-cost and sustainable, it means that the process of organising is community-building in itself, even before you actually open the street for play. Knocking on doors, delivering flyers, meeting in the street to discuss the idea over a cuppa, even listening to any concerns or objections, all of this is building and strengthening connections.

Through making something happen in your own community, you also gain more sense of belonging in the place where you live, more sense of your street being “home”. You also become a more active citizen. Many play street organisers go on to initiate or get involved in other projects to improve their local area.

But taking action to change things, especially on your own doorstep, is not easy. On a practical level, it takes time and energy, more than many people have spare. It also requires a certain amount of confidence and courage to ‘put your head above the parapet’ and suggest something that challenges the status quo (in this case, the idea that streets are primarily for cars). Some well-equipped street communities are able to just get on with it, as long as the council has a good policy in place. But most will need varying degrees of moral and practical support to make it happen.

One step a a time

Planning and organising your first play street session can take several months and there are a few ‘sticking points’ along the way where it can really help to have someone experienced by your side. The first hurdle is to propose the idea to neighbours, not easy unless you already know lots of people. Then, if there’s enough support on the street, you need to apply to the council for legal permission to close the road. Form-filling can be a real barrier for many, even without the added complication of taking responsibility for closing a road safely. Then there’s the consultation process and sometimes needing to deal with different opinions in a diplomatic, neighbourly way.

On the day, closing the road safely and organising neighbours to help with stewarding is by far the most important part of a successful play street. Helping to plan the closure, organise signs and kit and making sure the stewards are in place and confident about their role (essentially, to keep the space safe and deal with cars) are all ways that you can support someone with their play street. Having someone confident there to do all of this alongside residents the first time can make the difference between it happening or not.

So who gives this support? It can be another resident street organiser or local activator – peer support from someone who has been through the process themselves is invaluable. But it can also come from anyone in a paid or voluntary community-support role, perhaps within the council, community or play organisation or housing association.

The key thing is that the support given responds to what each street community needs and enables them to do as much as possible themselves – your role is basically to ‘hand hold’ them through the four steps to organising a play street. This will help build skills and confidence and make it feel more owned by the community.

Also, try to keep it simple! The temptation for anyone in a professional or funded role can be to add lots of exciting activities like food, organised games or face-painting. If residents really want this and you have the budget, it can be ok to add some low-key ‘extras’, particularly for the first session as a way to engage people with the idea. But it’s important to remember the huge value of free, unstructured play for children. Trust that having free run of their own street without traffic danger is exciting enough for most children! If you think residents may not have much to bring out in the way of bikes, skates or scooters, think about just providing some basic street-play things like long skipping ropes, chalk and soft balls. The simpler and more ‘normal’ you keep things, and the more you encourage residents to do the work themselves, the more likely they will be able to do it again themselves the next time. And the next, and the next.

Watch the recording of our FREE webinar, ‘supporting residents to run play streets‘, if you are in a position to support play streets in any of the ways above.

Let your council know you are ready for a #summerofplay

Why play is the key to children's exercise

playingout posted this in Children's play, health and wellbeing on 10/02/2021

What’s happening near you?