Why playing out is a social justice issue for children

Ingrid Skeels posted this in Activism, Children's play, health and wellbeing on 20/05/2021

The freedom for children to play out where they live is the freedom to be active, healthy, socialised, connected and to belong. Every day, free of cost and inclusive of all.

That freedom has been hugely eroded over the decades, with serious consequences for children’s health and wellbeing. The impact is even greater on children from the most disadvantaged communities, so playing out is in many ways a social justice issue.

When all children played out freely and daily

As anyone growing up in the 1980s or earlier knows, playing out with other children was a

normal, natural part of everyday life for most of us. After school, at weekends, throughout the holidays, we’d play out on streets or patches of land close to home, with children of all ages and backgrounds, often until it got dark. Early in the winter, later in the summer, like the birds.

This wasn’t an ‘offer’ for children, it was a way of life. And it gave us:

And it didn’t matter what your family situation was, how much money you had, or whether you had a car. If you could play out – and most could – you accessed ALL these riches, and for free.

In this way, playing out was really children’s free democratic access to health, in all its senses.

Loss of freedom over the decades

Fast forward 30 years and things have changed dramatically for children. Most are no longer playing out, and there are many reasons for this.

Traffic has doubled and roads are not seen as shared spaces anymore. Many patches and bits of land have been sold off to private developers, including important green space. People are worried about ‘stranger danger’ (though all evidence shows children are most at risk of harm from people they know and new child safety messaging is developing around this). It’s also no longer the accepted cultural norm for children to be out. 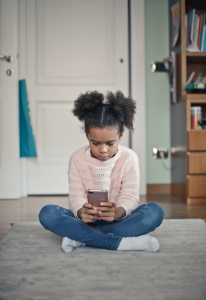 For all these reasons most parents are fearful to allow their children to play out unsupervised. And the rise of screens as indoor entertainment has both helped to make this possible and made it worse.

Instead of playing out freely, many children now have only pre-arranged play dates at each other’s houses, organised sports, activities and clubs (the ‘offer’) and supervised trips to the park or other outdoor places. Overall life has become far more scheduled and managed by adults, and far more indoors. More indoors in fact, on average, than prisoners. With a lot of time on screens.

And what about children who don’t have the money, the car, the parent time or support to get any of those outdoor activities? Who live on the ‘wrong’ side of the housing development? Or don’t have a parent with confidence or voice to complain about broken glass, speeding traffic or dog mess, or a park being built on? What is their ‘offer’? We know that some children are playing out on estates – and this is often complex in itself – but the majority are not.

Statistics make the impact of all this plain. Even before 2020 a staggering 80% of all children were not getting the basic minimal physical activity they need to be healthy and well (an hour of moderate-vigorous physical activity a day) and one in three children were leaving primary school overweight or obese. Figures were worse for children in the most disadvantaged communities, as were the health problems and outlook.

Covid restrictions and management have made this much worse. All children have spent much of the past year more indoors, isolated and inactive than ever before. Physical activity levels have dropped even further and participation in active play has greatly reduced. To say nothing of the massive increase in mental health problems.

Again, it’s the most disadvantaged children who have lost out and suffered the most from Covid 19 restrictions. Children without gardens, less access to public space or to bikes and ‘exercise’. Children whose parents were afraid of being judged or even fined for taking them out to play in busy public space close to home.

The public health crisis for children that was already so alarming before the pandemic began is now much worse, and desperately so for the children that have the least in our society.

How do we re-democratise physical activity and health?

Firstly, recognise the full extent of the situation for children. Being able to play outside freely and safely with other children close to home is not an extra or something nostalgic from the 80s, like going to a roller disco. It’s a fundamental way that human young have physical and mental health. And it’s a UN recognised human right for children. Not having access to this or to safe public space is a social justice issue.

And as Professor John McKendrick sets out in his 2021 seminar on Poverty and Play, play

deprivation should be recognised as a formal deprivation factor for children. And it is girls, who still roam less far than boys, who lose the most from not playing close to home. We need to gather more evidence on all of this, so please get in touch if you can help.

Secondly, yes the challenges around playing out safely are difficult and complex. But the benefits and gains – the list above that is basically the list of what every parent, public health professional and policy maker would want for every single child – mean we have to find a way.

In fact, it’s crazy NOT to find a way. And what’s more we owe it to all children, and especially to those who have the least. It’s what children want too, as this short, wonderful film by Room 13 children on the Hartcliffe estate, in South Bristol, shows.

And finally – the positive and the hope – there are many things we can start doing from right now to turn all this around. It’s not too late folks. Not yet…

Campaigning for play in a pandemic: an update

playingout posted this in ActivismChildren's play, health and wellbeing on 08/04/2021

Street Play: A Great Way to Get Children Physically Active

playingout posted this in Children's play, health and wellbeingPlay Streets on 23/09/2017

What’s happening near you?