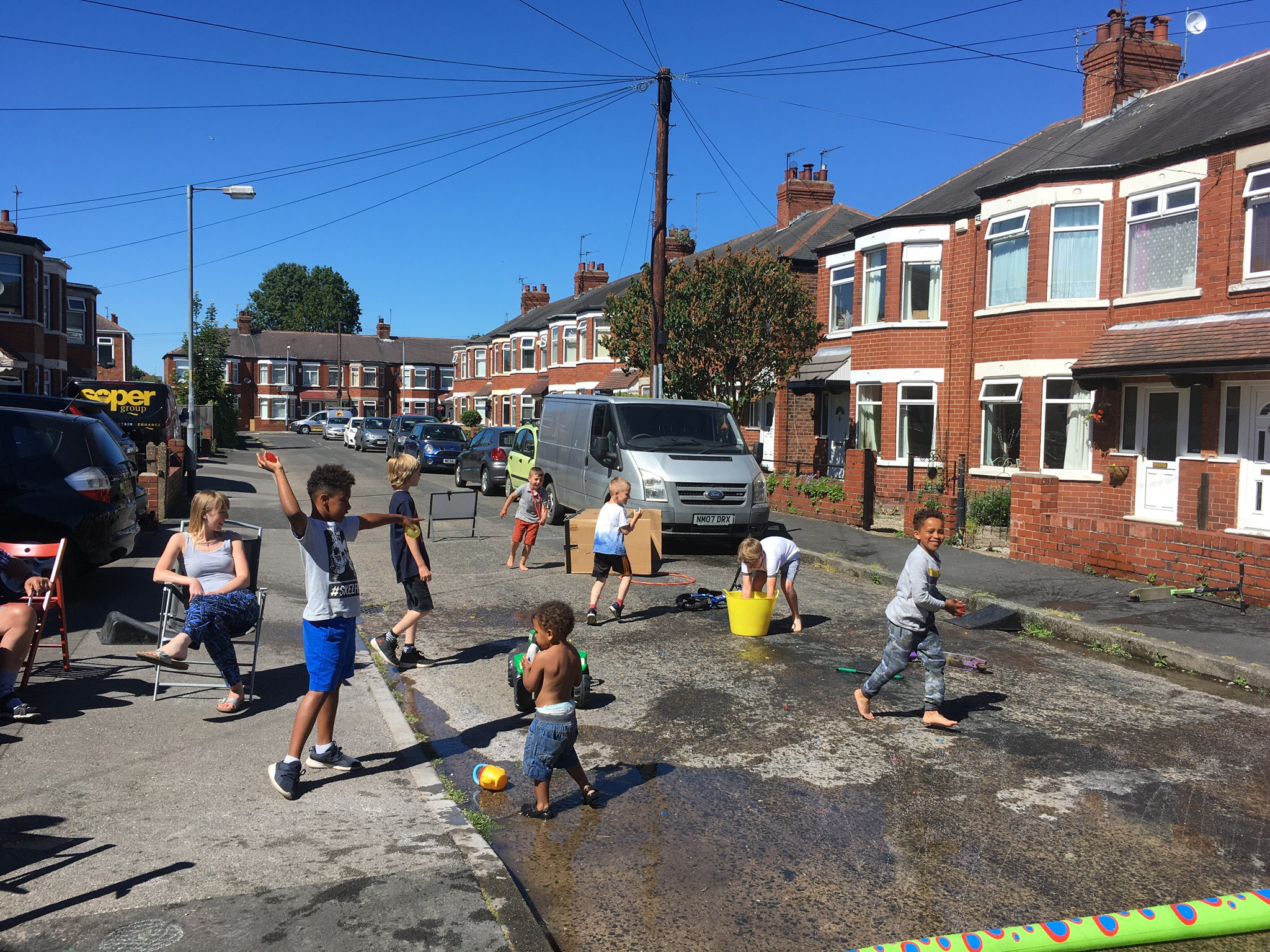 “We started playing out sessions down our street in Hull last summer in 2018 and we now have sessions every other Saturday. When we talked about them I actually thought the children down the street might burst with excitement!

Our neighbours were all very supportive with just a couple that had reservations. Luckily that did change.

At first I was quite nervous about starting the sessions as I wasn’t sure it would work. My eldest already played out often but my younger two sat at the window because of the traffic: it’s just not safe for them to play out with their older brother. That made me think yes, this is going to give them that feeling of freedom that my eldest feels when he’s sat on the wall chatting to his friends or biking up and down the street.

Then, to warm my heart even more, the elderly couple from opposite came out with deckchairs and asked if they could join us. They are now regulars and rarely miss a session, even if it’s a cold day. They always pop out to say hi.

…and what Playing Out has become on our street.

So, the sessions have now become regular and as the signs and our bunting go up, an amazing thing happens: cars are actually moved so that the children can have full use of the part of the street we shut off. Many of these residents don’t have children involved in the sessions but they do it out of kindness.

There was one neighbour who felt that playing out was why parks were built. I’m not sure if she’s changed her mind on that but she pops out at most sessions and even brought mince pies out at Christmas. We have now become good friends!

We recently got some help to start growing vegetables down our street. We have all made planters in our front gardens and we are hoping that this summer it will get people out even more to chat and share some tips.

All of this started from playing out and what a difference it has made! On behalf of myself, family and the residents of Aysgarth we are so pleased we did this.”

Emma’s street is just part of the action taking place in Hull and around the rest of the UK, led mainly by parents and supported by forward thinking local authorities and community organisations. Read other parent and resident Playing Out stories here.

Want to start playing out more and be part of this change? See our Four Simple Steps or check out other ideas to support children’s freedom.

Would any of this stuff make it easier?

Email or drop by
We use cookies to help give you the best experience on our website. Click OK and keep using our site if you're happy with that, or read more here.OkCookie policy